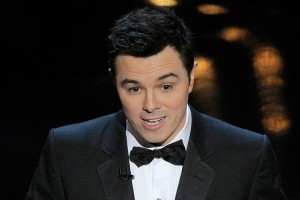 Starz has announced that Blunt Talk, a comedy from Seth MacFarlane (Family Guy) and Jonathan Ames (Bored to Death), has been picked up to series with a 20-episode order. Said order encompasses two 10-episode seasons, the first of which will premiere sometime in 2015.

Starz CEO Chris Albrecht says, “In the character of Walter Blunt, Seth, Jonathan and Patrick have found the alchemy that makes a borderline alcoholic, mad-genius-Brit the man you want fighting in America’s corner.  Seth and Jonathan have struck the right balance between biting wit and outright absurdity in building this world, and we cannot wait for Patrick to breathe life into Walter.”

Starring Patrick Stewart (X-Men: Days of Future Past), Blunt Talk tells the story of Walter Blunt, a British news anchor who comes to America and tries to conquer the world of cable news. However, Walter has to deal with overbearing executives, a news staff that leaves a lot to be desired, and a messy personal life featuring ex-wives and an assortment of children, so it’s going to take a lot for him to be able to not only competently do his job, but achieve his goal of entertainment domination.

Blunt Talk is the second recent comedy series order from Starz, following LeBron James-produced basketball comedy Survivor’s Remorse. The series, the latest new entry for Starz to be picked up for a second season before a first season can premiere, also joins gritty ballet drama Flesh and Bone on the slate for 2015. Additional casting information should be released near the time production commences.

Will you be watching Blunt Talk? Do you think the show can find an audience and help make comedy a viable option for Starz? Who would you like to see cast alongside Stewart?