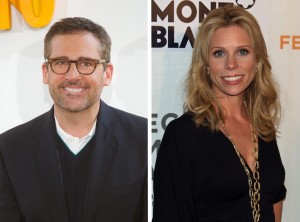 Steve Carell (The Office), Cheryl Hines (Suburgatory) and Jason Alexander (Seinfeld) have found themselves amongst the list of celebrity guests slated to appear in Fox’s upcoming improv comedy series Riot.

Premiering on May 13 at 9/8c, Riot features a group of regular players facing off in improvisational challenges designed to test them mentally and physically – all while the stage is slanted at a 22-degree angle.

In addition to Carell, Hines and Alexander, the following personalities have also been confirmed: