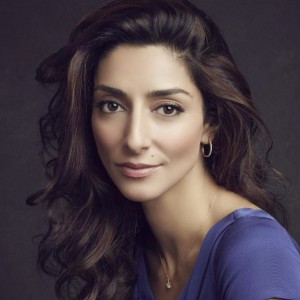 Deadline is reporting that Necar Zadegan (Emily Owens, M.D.) has signed on to upcoming Bravo scripted series Girlfriends’ Guide to Divorce. She’s set to play a fearless divorce attorney in a non-traditional marriage who angles to work for the main character.

Based on the novel of the same name and developed for television by Marti Noxon (Buffy the Vampire Slayer), Girlfriends’ Guide to Divorce tells the story of Abby (Lisa Edelstein), a self-help author who begins navigating the dating world as a single 40-something after quietly separating from her husband. Abby soon finds herself seeking advice on how to handle this next phase of her life, but instead of approaching her married friends, she finds solace with those who have been divorced, a choice that leads her to places she didn’t expect to go.

In addition to her role on the CW medical drama, Zadegan has appeared on the likes of The Fosters, The Event, and Major Crimes. She can currently be seen on FOX dramedy Rake, which was recently moved to Fridays and likely won’t be renewed for a second season. Zadegan joins a cast that includes the likes of Beau Garrett (CSI: NY), Janeane Garofalo (Criminal Minds: Suspect Behavior), Carrie Fisher (Star Wars Episode IV: A New Hope), and Paul Adelstein (Scandal).

Girlfriends’ Guide to Divorce will premiere on Bravo sometime next year. The show will be the network’s first original scripted series.

Will you be watching Girlfriends’ Guide to Divorce? Just how non-traditional do you think Zadegan’s character’s marriage will be? Who else would you like to see join the cast?