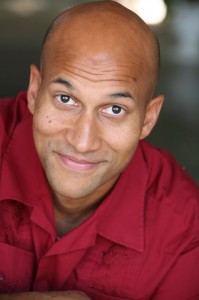 But as always on the ABC sitcom, it’s the effort that counts.

According to Entertainment Weekly, Key will be guest starring as Reverend Deveaux, described as ‘a charismatic preacher who is visiting the Hecks’ church through a minister exchange program.’  Deveaux, a former spiritual adviser to the Cleveland Browns, will offer his counseling services to the Hecks as he “knows a group in crisis when he sees one.”

And if that’s not an accurate description of the Hecks, I don’t know what is.

Key’s recent guest spots also include How I Met Your Mother, Wilfred, and The League.

Key’s episode has now definite airdate as of yet.   The Middle returns tomorrow night, January 8th at 8 PM on ABC.