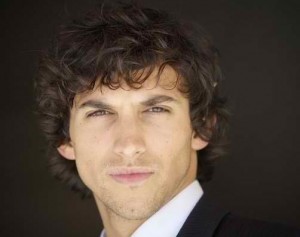 According to The Wrap, Devious Maids has added newcomer Dominic Adams as a series regular for season two. He’s set to play Tony,  a dark, handsome, and athletic bodyguard/chauffeur who is ex-special forces, in what is sure to be the first of several casting moves for the nighttime soap. Considering the events of the first season finale, there’s a feasible chance that Tony could end up in any of the houses in the Devious Maids purview, including Evelyn’s since her home has been the site of two recent murders and she might want to bolster her security accordingly.

The Lifetime drama is coming off a season that saw it double its ratings from a modest series premiere, helping the network to bolster its Hispanic audience and putting aside a pre-premiere controversy about the nature of a series about five Latina maids. Its success, along with the success of Witches of East End, has brought something of a renaissance to Lifetime, which cut ties with The Client List and Army Wives in favor of the two freshman series.

Season one of Devious Maids told the story of a group of maids in Beverly Hills who looked into the murder of one of their own, with the second season possibly focusing on the immigration status of Rosie (Dania Ramirez) after Peri (Mariana Klaveno) called in ICE upon learning that Rosie was having an affair with her husband. The series also stars the likes of Ana Ortiz, Judy Reyes, Roselyn Sanchez, and Edy Ganem.

The second season of Devious Maids is slated to premiere summer 2014. You can check out a recap of the season finale here.

Who do you think Tony will work for next season? Is there a chance he could be a love interest to one of the Maids? What are you expecting from the second season of Devious Maids?