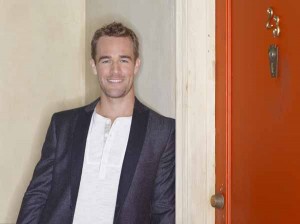 ABC has announced that new episodes of comedies Happy Endings and Don’t Trust the B—- in Apartment 23 will be replacing canceled 666 Park Avenue beginning Sunday, January 6th at 10:00 and continuing for the 13th and 20th, respectively. The two shows have been struggling in the ratings this season due to an incongruous lead-in (Dancing with the Stars) and a cluster of sitcoms in the 9:00 hour on Tuesdays (Go On, The New Normal, New Girl, The Mindy Project), so this could be the chance for them to prove their worth with a strong, young-skewing lead-in (Revenge) and no comedy competition in the hour. Networks have been hesitant to go with comedies at 10:00, minus recent brief experiments from ABC and NBC, but good results here might lead them to be more open to it in the future.

Currently, Happy Endings and Don’t Trust the B— are scheduled to leave the ABC line-up in March to make way for another cycle of Dancing with the Stars, with Red Widow taking the Sunday at 10:00 slot earlier in the month. By giving the comedies the Sunday slot for the time being, they’ll either finish airing their entire episode order or come very close, as they’ll also be continuing their run on Tuesday nights beginning on January 8th.

Additionally, the remaining four episodes of 666 Park Avenue are scheduled to air this summer, though no exact premiere date has been announced.

Listed below are the episodes of each that will be airing January 6th, Happy Endings airing at 10:00 and Don’t Trust the B— in Apartment 23 following at 10:30.

Sunday, January 6th – Happy Endings, “Fowl Play/Date”
After Brad and Penny accidentally break Alex’s beloved childhood memento, they try to glue it back together. But they go from just being clumsy to “birderers” after Tyler, Alex’s racist parrot, keels over and dies from the glue fumes. Can they cover up the crime before Alex returns from her Rom-Com Com? Meanwhile, Jane and Dave try a little too hard to find a match for Max.

Sunday, January 6th – Don’t Trust the B—- in Apartment 23, “Paris…”
June is nervous and excited about starting at Harken Financial. Things go surprisingly well, and she even meets an incredibly nice co-worker, Fox Paris. Chloe warns June, though, that she shouldn’t be so trusting and that Fox is probably just keeping her enemies close. Meanwhile, Mark looks to James for help in expressing his newfound feelings for June.

Do you think that ABC is making the right move in giving the comedies a shot behind Revenge? Is this a fair opportunity to help make up for their poor fall performance or is this a burn-off? How have you been enjoying Happy Endings and Don’t Trust the B this season?