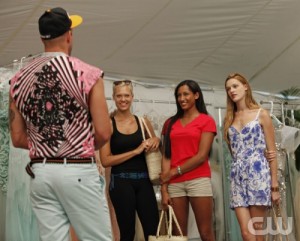 The final three on Cycle 19 of America’s Next Top Model pitted Kiara, a former bottom feeder in the competition who had managed to string together several good weeks in Jamaica; Leila, eliminated from the show early-on but who clawed her way back thanks to her high fashion look; and Laura, the frontrunner for much of the competition that has lost her nerve in recent weeks for one reason or another, against one another in an epic battle to the (fashionable) death. Which one of the final three managed to take home the title of America’s Next Top Model and all the goodies, including a spread in Nylon and a campaign with Nine West, that went along with it?

Leila finished in third place; while her aptitude for taking a photo was unparalleled in cycle 19, her performance at the final runway show, which included falling twice on her first pass down the catwalk, did her no favors with the judges. In the battle of Kiara vs. Laura, Laura managed to come out on top, thanks to her strong pre-Jamaica performance outweighing Kiara’s strong recent performance. Laura might have slipped once Leila came back into the competition, but the main thing is that she continued to impress clients, perform in challenges, and keep a certain level to her photo shoots. The Laura of Jamaica might not have been her peak, but she never fell to the level that Kiara was at before Jamaica, ensuring herself a win in the process.

America’s Next Top Model has already been renewed for a 20th cycle, which will debut in the summer of 2013. The cycle will feature both male and female models competing against one another, a first for the show.

Do you think that America’s Next Top Model made the right decision in giving the win to Laura? What change would you most like to see instituted in cycle 20? Where does Laura rank among the other 18 Top Model champions? 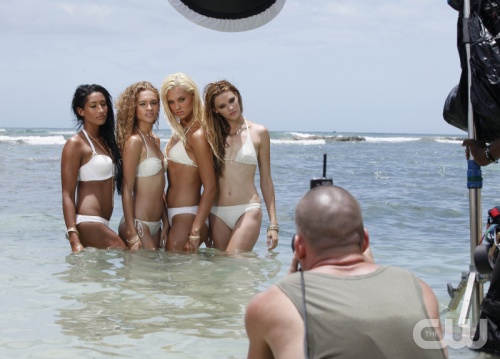