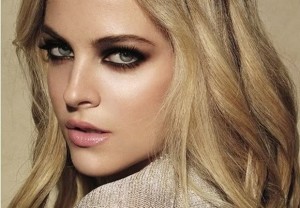 Deadline is reporting that Riley Keough (The Runaways) has signed on to upcoming Starz anthology The Girlfriend Experience, where she’ll be playing the female lead. No details about her character have been released as of yet, however.

Based on the 2009 Stephen Soderbergh film of the same name, The Girlfriend Experience will explore the relationships forged by exclusive courtesans, all of whom provide their clients with more than a quick trip to the bedroom. They get to know their clients on an intimate level, become quasi-significant others to some of the most powerful men in the city, and get paid handsomely for their time. Keough is the first piece of casting to be announced and will presumably be playing one of the Girlfriends, while the series will be executive produced by Soderbergh, Philip Fleishman, Lodge Kerrigan (Clean, Shaven), and Amy Seimetz (The Killing).

In addition to her role in the 2010 biopic, Keough has appeared in the likes of Magic Mike, The Good Doctor, and Kiss of the Damned. Her role in The Girlfriend Experience will be her first television credit.

The Girlfriend Experience is slated to premiere next year on Starz, along with Seth MacFarlane comedy Blunt Talk, farming drama One Percent, and ballet drama Flesh and Bone. Additional casting should be announced in the coming months.