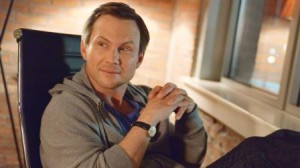 ABC has officially pulled the plug on character procedural Mind Games, yanking the Kyle Killen-created series from the schedule after five episodes. Beginning this coming Tuesday, the network will begin airing encores of hit midseason drama Resurrection, with utility player Celebrity Wife Swap set to premiere April 15th. Mind Games is the third ABC drama to be swallowed up by the Tuesdays at 10:00 slot, following in the footsteps of Lucky 7, the first cancellation of the season, and Killer Women.

It’s been a particularly weak season for ABC drama, as aside from the trio of Tuesday failures, Once Upon a Time in Wonderland, Betrayal, and The Assets were all non-starters and Marvel’s Agents of SHIELD hasn’t been the type of performer that most were expecting it to be. Without Resurrection, which has already begun a steady descent in the ratings, the ABC 2013-2014 drama slate would have nearly been a total bust, which makes their pilot choices all the more interesting. The network could very well become gun-shy about launching new dramas and opt to kept a mediocre in-house produced performer like Nashville vs. taking a risk on an additional freshman drama, while the four hours of comedy that were on the fall schedule might evolve in some way as a response to the weakened drama slate.

Mind Games starred Christian Slater and Steve Zahn as two brothers who run a problem solving firm that employs solutions based on the art of psychological manipulation. The show featured the likes of Jaime Ray Newman, Megalyn Echikunwonke, and Wynn Everett.

Do you think ABC should have allowed Mind Games to play out its episode order? What should the network do next season when it comes to Tuesdays at 10:00? Why has ABC has such a difficult time launching a drama in this particular time slot this season?