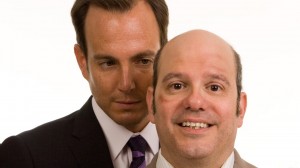 Entertainment Weekly is reporting that IFC has renewed comedy The Increasingly Poor Decisions of Todd Margaret for a six-episode third season, which is slated to premiere sometime in 2015.

Created by David Cross (Arrested Development), the series tells the story of Todd (Cross), an American sales executive who takes a job running the sales team of an energy drink. Being as underqualified for the job as he is, Todd finds himself in dire circumstances as a result of his refusal to be honest about his experience level. The cast for the third season of the series is still being finalized, though series regular Sharon Horgan (Pulling) is confirmed to be returning as café owner Alice, who Todd has a crush on and yearns to impress.

You can check out a look at The Increasingly Poor Decisions of Todd Margaret below.

Will you be watching the third season of The Increasingly Poor Decisions of Todd Margaret? How do you think the show will back away from the closing scene of season two, which found Todd setting off nuclear bombs? Which recurring character would you most like to see return for season three?