Syfy has released the launch trailer for upcoming miniseries Ascension.

From Philip Levens (Smallville), Ascension takes place on a self-sustaining generation ship that was launched in a Cold War panic. Initially populated by 600 men, women, and children, the Ascension’s journey is to last for 100 years, with the goal being populating a new world, thereby assuring the survival of the human race. However, halfway into the covert mission, the murder of a young woman causes those aboard to doubt the validity of what their lives have been dedicated to and question the real reason they’re on board the ship in the first place. Could there be an ulterior motive to the Ascension mission that goes beyond population salvation?

Ascension stars Brian Van Holt (Cougar Town) as William Denninger, Captain of the Ascension; Tricia Helfer (Battlestar Galactica) as Viondra Denninger, William’s dangerous power broker wife who uses her position as leverage in matters on the ship; Andrea Roth (Rescue Me) as Dr. Juliet Bryce, the head doctor on the Ascension and someone whose relationship with their daughter worsens after word of the murder breaks; Brandon P. Bell (Hollywood Heights) as First Officer Oren Gault, tasked with investigating the murder; and Gil Bellows (The Shawshank Redemption) as Harris Enzman, son of the founder of the Ascension mission.

Ascension is set to premiere Monday, November 24th at 9:00 on Syfy.

Will you be watching Ascension? Is this the type of programming that you’d like to see more of from Syfy? Could this miniseries feasibly be transitioned into a weekly series? 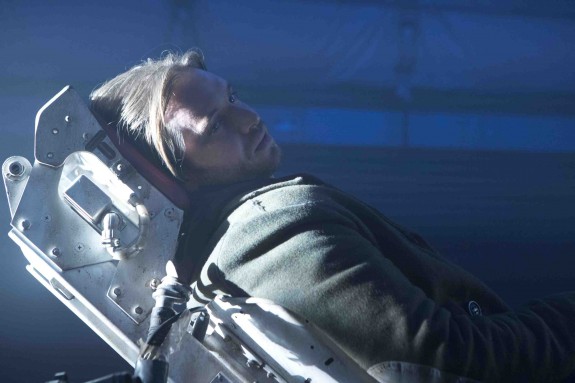