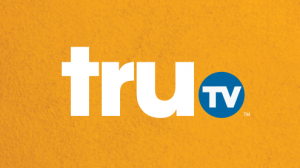 truTV has announced a partnership with Tumblr on upcoming series Hack My Life.

“We’re turning truTV into a place where creative people come to play, and the Hack My Life Tumblr hub and weekly challenges are a perfect way to reach one of the world’s largest creative communities,” said Puja Vohra, senior vice president of marketing and digital for truTV. “By integrating Tumblr users into this series, we’re turning Hack My Life into a truly multi-platform experience that’s not only practical in terms of the many great things you can learn, but also incredibly engaging and sharable.”

Described as a humorous and practical life-hack series, Hack My Life will feature life hacks (aka tips to make some aspect of life just a little easier) submitted through the show’s official tumblr, marking the first time that user-generated Tumblr content will be a major component of a weekly series. Each week, hosts Kevin Pereira (Attack of the Show) and Brooke Van Poppelen (John Oliver’s NY Stand Up Show) will challenge viewers to submit their own life hacks through the Hack My Life Tumblr, with each challenge’s best life hack to be spotlighted on the show the following week. Additionally, there will be a Tumblr hub where users can find numerous life hacks on a variety of topics, as well as post their own.

Hack My Life is set to premiere January 2015.

Will you be watching Hack My Life? Are you excited for a show with this type of digital integration? Which social media platform is next in line for this type of arrangement?