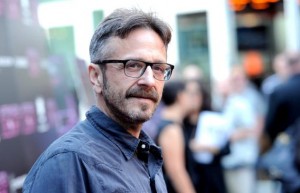 IFC has announced that comedy Maron has been renewed for a third season, which is slated to consist of 13 episodes.

“I am very proud of both seasons of the show and thrilled we’re doing another one,” said series creator and star Marc Maron. “Through all the episodes I can see the growth and evolution of the character, writing and comedy. I’m excited about getting back into the process. The character of Maron needs some work on and off screen and fortunately that’s what drives the show.”

Maron follows a fictionalized version of Maron as he deals with life as a working comedian, battles the demons from his past that still exert influence on his behavior, and attempts to navigate the dating world. The series also stars Nora Zehetner (Grey’s Anatomy) and Josh Brener (Silicon Valley), with the likes of Amy Poehler, Gina Gershon, and Mark Duplass having guest starred during the first two seasons. The series heads a scripted slate for IFC that includes Portlandia, Garfunkel and Oates, and The Birthday Boys.