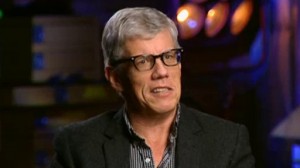 Deadline is reporting that WGN America has given a series order to Titans, an Appalachian drama produced by Peter Tolan (Rescue Me) and Paul Giamatti (Sideways).

Created by playwright Peter Mattei, Titans follows the Farrell family, a family living off the grid who will do whatever it takes the defend their way of life. The series, which has yet to begin casting, will join a 2015 WGN America lineup that includes the second season of Salem. The network recently premiered its second original scripted series Manhattan, though no renewal decision has been made at this point.

WGN America has also fast-tracked slavery drama Underground, allowing the project to begin pre-production and set up a writer’s room. From Misha Green (Sons of Anarchy) and Joe Pokaski (Heroes), the series tells the story of the Underground Railroad – the slaves who used it to find their freedom, the men and women who risked their lives to do the right thing, and the mercenaries tasked with hunting them down.

“These projects, each exploring a world we find to be unique and fascinating, continue our aggressive expansion into original scripted programming,” said Matt Cherniss, president and general manager, WGN America and Tribune Studios.

By doubling its scripted presence, WGN America hopes to show that they’re serious about original programming and that their product is worth investing your time in. There are more networks than ever diving into the world of original scripted programming and it can sometimes be difficult to tell whether a network is simply hoping to experience the viewership tailwind from adding scripted programming or if they want to carve out a niche for themselves in the increasingly fractured television landscape. Time will only tell if Titans and Underground will be quality products that add prestige to the WGN America name, but for now, this is a move they had to make.

Do you like the premise for Titans? Are you excited to have another drama set in the South now that Justified is coming to an end? Is there a way for Underground to tell its story without seeming insensitive or glossing over the realities of the time period?