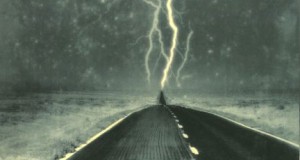 Starz has announced that an adaptation of Neil Gaiman’s American Gods has been put into development with a script to series deal.

Starz Managing Director Carmi Zlotnik said, “American Gods is a project that deserves to be made.  With our partners at FremantleMedia and with Bryan, Michael and Neil, we believe we can create a series that honors the book and does right by the fans and viewers.”

Previously in development at HBO, American Gods documents a brewing war between old gods (those with biblical and mythological roots) and new gods (money, technology, media, celebrity, and drugs), with ex-con Shadow Moon becoming the traveling partner to conman Mr. Wednesday. The pilot script will be penned by Bryan Fuller (Hannibal) and Michael Green (Kings), with FreemantleMedia (The Returned) set to produce.

Starz has steadily been beefing up their scripted slate in recent months, having picked up The Missing, Flesh and Bone, Blunt Talk, Survivor’s Remorse, and The Girlfriend Experience to series. The network has already renewed Black Sails, Da Vinci’s Demons, and Power for 2015, with Outlander to premiere this August.

Do you think American Gods would fit in on Starz? How would a televised adaptation of American Gods work? Would you like to see Gaiman pen episodes of the series like George R. R. Martin does with Game of Thrones?