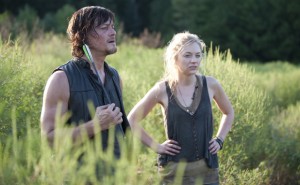 Other winners on the night included Hannibal, which tied for Best Network Television Series with Revolution and picked up a win for Mads Mikkelsen; Vera Farmiga, who was awarded Best Actress in a Television Series over the likes of Anna Gunn and Jessica Lange; and Teen Wolf, which won its third straight Best Youth-Oriented Television Series award.

You can check out a full list of nominees and winners at the 40th Saturn Awards below.

What do you think about the winners at this year’s Saturn Awards? Was there a particular upset that, well, upset you? Which win was the most satisfying?