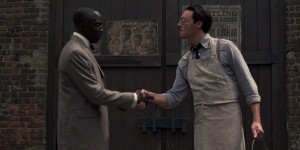 With more television on the air than ever before, the awards season crunch has become extra brutal, network upon network jockeying for position in hopes of scoring attention from any and all bodies that recognize quality programming. While the glut of good TV makes awards season a fun watch, each category seemingly filled with heavyweights that could’ve dominated in less competitive eras, it means that a whole lot of worthy series won’t be recognized for their efforts, a bittersweet side effect of this age of television.

As such, TVHackr has taken it upon ourselves to put together our 2014 Emmy Dream Ballot, a collection of what we deem to be the best television aired in the Primetime Emmy eligibility window of June 1, 2013 – May 31, 2014. Each selection is based on the recently released Emmy ballots, with six nominees per series and acting category and five per writing category. A (potential) seventh nominee is indicated in series categories due to the implementation of the 2% rule, while the focus of this article are the two series categories, 12 acting categories, and two writing categories. A show’s absence, whether it be your personal favorite or a perennial awards contender, isn’t necessarily indicative of my opinion on its quality; the more television that premieres, the more one has to make choices about what to watch and what to leave behind, so certain bigger shows might just be victims of us not being able to watch everything.

The 2014 Emmy nominations are set for release Thursday, July 10th, with the ceremony to be held Monday, August 25th.