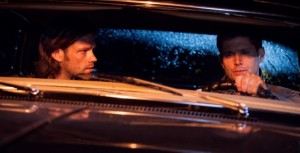 The CW has become the fifth and final network to release its plans for 2014-2015 and for the youngest broadcast network, it’s a decidedly conservative schedule. Two nights will be exactly the same from as they were in spring, with The 100 sticking with Arrow and Reign with The Vampire Diaries, while Whose Line will bleed into fall with America’s Next Top Model. The change is reserved for Mondays and Tuesdays, where The Originals is moved and paired with freshman dramedy Jane the Virgin and spin-off The Flash gets a chance to air along with Supernatural. The latter was expected to move, given its elasticity as a series and how loyal a fan base it has, but with FOX using Gotham on Mondays and ABC moving SHIELD to Tuesdays at 9:00, this was one of the few arrangements that made sense of The CW.

New shows are capitalized, with final seasons noted as such. Trailers should be released later today.

MIDSEASON
Hart of Dixie
Beauty and the Beast
IZOMBIE
THE MESSENGERS