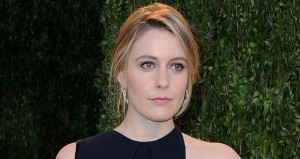 As the last season of HIMYM progressed, talk of How I Met Your Dad became more serious, with CBS eventually ordering a pilot from HIMYM creators Carter Bays and Craig Thomas, and Emily Spivey.  Greta Gerwig was set to star as Sally in the spin-off, with Meg Ryan narrating from the future.  Unfortunately for HIMYD, CBS has passed on a series order.

According to CBS exec Nina Tassler, the pass had nothing to do with recent fan frustration over the HIMYM finale.  Rather, the network “tried to get a re-do” of the comedy pilot, but the studio and producers weren’t interested in making changes.

We have an extraordinary track record of retooling shows,” said Tassler, referring to The Big Bang Theory, Numb3rs and this year’s The McCarthys. “We tried to reach out and engage them about redoing the pilot, but that it’s just not happening. You run into these kinds of issues. You hope they can resolve themselves. They haven’t.”

How I Met Your Dad is now free to be shopped to other networks.

CBS only ordered two new comedies for the 2014-2015 season – The Odd Couple starring Matthew Perry and Thomas Lennon as slob Oscar Madison and neat freak Felix Unger, respectively, and The McCarthys with Laurie Metcalf, which is about a sports-crazed Boston family.