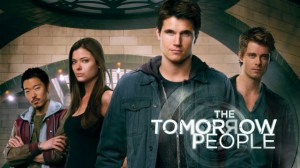 As we get closer to the 2014 upfronts, the ax is certain to continue to fall on plenty more shows. For their part, The CW commenced with some blood-letting today, canceling two freshman dramas and one sophomore dramedy.

First to meet the blade is The Carrie Diaries, a prequel of sorts to the HBO series Sex and the City. Season one averaged a meager 0.5 rating, so it was widely seen as a bit of a shock that Diaries even squeaked out a season two renewal at all. Things went nowhere but down the second time out, with Diaries’ average rating falling to a 0.3.

Next up on the chopping block is sci-fi romance Star-Crossed, which has seemed destined for cancellation almost since the beginning. Star-Crossed premiered to decidedly mixed reviews and an 0.5 rating, and quickly bottomed out at a 0.3, where it has remained ever since. The CW was likely hoping Star-Crossed would be their Roswell, but alas, it was not to be.

Finally, the award for most surprising cancellation of the day goes to The Tomorrow People. A modern-day remake of a 1970s British series, Tomorrow follows a group of young adults that find themselves persecuted due to their naturally evolved psychic powers.

Starring Robbie Amell (brother of Arrow star Stephen Amell), Tomorrow picked up a passionate fanbase, and its ratings for the first half of its run really weren’t too bad. Unfortunately, things eventually started to crater, and an ill-fated move to Mondays after Star-Crossed did the show no favors. Sadly, these particular people won’t live to see tomorrow.

Did The CW make the right call? Or should one or more of The Carrie Diaries, Star-Crossed, and The Tomorrow People have gotten picked up for another season? Let us know in the comments.