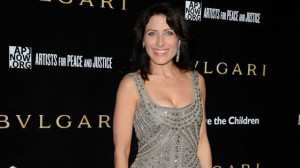 Bravo will continue it’s march into the scripted world with the addition of two new series to its roster, while also developing new spin-offs of successful shows, the net announced at its upfront presentation on Tuesday.

First of the network’s scripted series is Girlfriends’ Guide to Divorce, starring Lisa Edelstein.  Edelstein plays a self-help book author who is hiding the fact that she is separated from her husband while navigating her new, single life in Los Ageles.  Paul Adelstein plays her soon-to-be ex-husband, Janeane Garofalo and Beau Garrett play her best friends.  The show is currently slated to premiere in 2015.

Next on the list is Odd Mom Out – a semi-autobiographical comedy from author Jill Kargman, about the outrageous world of the wealthy momzillas of New York’s Upper East Side.  Kargman will play a version of herself living in a world so elite that she becomes the odd mom out.

The Real Housewives of New Jersey‘s Manzo will also be getting her own show: Manzo’d with Children.  The series will follow her and her large Italian family. Top Chef‘s Colicchio is also beginning a new series: Best New Resturant, modeled after the U.K. hit Ramsay’s Best Resturant.  The series follows as Colicchio and his team of experts pit 16 of the country’s hottest new resturants against each other in a series of challenges.

100 Dates.  A group of young, successful New York singles look for love in a real-time docu-drama.  Each episode will be shot and aired within the same week.

Friends to Lovers?  What happens when platonic friends leave the “friend zone” and transition into exclusive romatic relationships?

Euros of Hollywood. Six successful European jet-seters are taking Los Angeles by storm.  These men and women stop at nothing on their rise to the top.

Ladies of London.  A group of elite British socialites and American expats run in similar social circles, but are worlds apart.  The show premieres in June.

Game of Crowns.  Six pageant wives compete on the “Mrs.” pageant circuit all while being dedicated mothers and wives.

Jersey Belle.  An outspoke New Jersey native, Hollywood publicist Jamie Primak Sullivan navigates life in the upscale Southern suburb of Mountain Brook, Alabama.  Jaime’s life is turned upside down after she married the town’s “most eligible” bachelor, but despite the help of her girlfriends – determined to turn her into a Southern darling – Jaime can’t help but speak her mind.

Untyig the Knot.  Couples on the brink of divorce call Vikki Ziegler to mediate, advise and divide their assets out of court.  Premieres in June.

Extreme Guide to Parenting.  Each episode gives a candid look at two different households with unique, extreme styles of raising their children.  Premieres in July