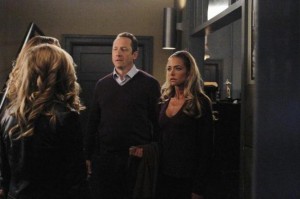 Ever since he arrived in Green Grove, there seemed to be something off about Charlie – how he decided to come to town in the first place based solely on what he heard about it from Danny, how he quickly keyed in on Jo being more easily conned than Lacey and set about charming her, how there was a strange tension between him and Danny whenever they were in the same room. It turns out that Charlie wants Danny’s life and will do anything he can to take over, including trying to convince Jo to confess to what happened the night of Vikram’s murder and injuring himself and blaming it on Danny. But considering his obviously declining mental state, will he be able to convince the police that he had nothing to do with the staged car accident when they come looking for him?

On the season finale of Twisted, Kyle brings Charlie out to the crime scene and asks him about the night Vikram’s body was found. Charlie tells him about being in the woods out of concern for Danny and witnessing Vikram being knocked off the cliff, but his demeanor isn’t doing him any favors, as he can barely open his eyes and his speech slurs a bit more than it should. Whether that be the result of his self-inflicted injury or some other factor that drives him to become almost a totally different person, it’s perhaps the worst timing Charlie could have asked for; he thought that he was charming Jo into believing every word out of his mouth, but now that she told the truth and he’s in the cross-hairs of the Green Grove Police, he has to be at 100% if he has any hope of continuing to fool them into believing his innocence. Since he’s not, though, it’s only a matter of time before Kyle comes across the truth about the accident scene on his own.

Elsewhere on Twisted, Whitney’s mother shows up in Green Grove with the intention of bringing her daughter home, while Rico makes a faux pas during his first meeting with Andie’s parents and a critical piece of evidence could spell trouble for Tess and the Masterson family.

The season finale of Twisted airs Tuesday at 9:00 on ABC Family.

Do you think Kyle will uncover the truth about what happened the night of Vikram’s murder? What about Whitney’s mother’s appearance in Green Grove will unnerve Lacey? Could Tess have had something to do with the body being moved or the accident being staged? 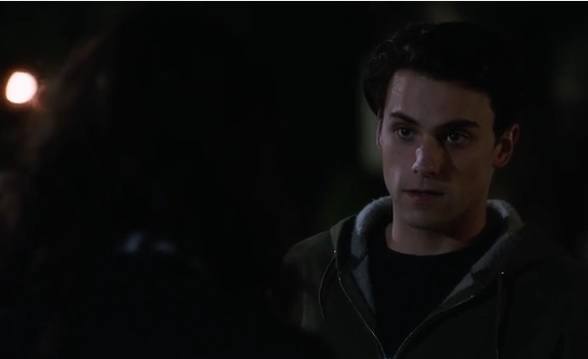