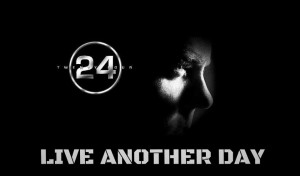 FOX has announced several additional 2014 premiere dates, including when to expect several of its summer series to bow. Most notably, Kitchen Nightmares will be premiere Friday, April 11th, where it will take over from Raising Hope (which concludes April 4th) and Enlisted, the latter being pulled from the schedule. Otherwise, 24: Live Another Day will have its two-hour premiere on May 5th before settling into its regular time slot on May 12th; So You Think You Can Dance returns for its 11th season Wednesday, May 28th; and Gordon Ramsay’s monopoly on the FOX reality slate continues with the return of Hotel Hell (July 21st) and MasterChef.

As far as new shows, FOX has Riot, which features celebrities and comedians facing song, dance, and sketch challenges while navigating a stage titled at a 22-degree angle, on May 13th; scripted drama Gang Related, which stars the likes of Terry O’Quinn and Ramon Rodriguez, on Thursday, May 22nd; and I Wanna Marry “Harry,“ a reality series featuring 12 women who think they’ve been selected for a dating show with Prince Harry as the ultimate prize, on Tuesday, May 27th.

You can get a look at the dates that FOX released below. Additional summer information will be released at a later date.

What do you think about FOX’s summer plans? Is Enlisted officially dead or could it move to a network within the FOX umbrella? Which series will you be watching on FOX this summer?