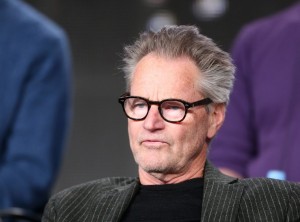 According to The Hollywood Reporter, Oscar nominee Sam Shepard (August: Osage County) has signed on to topline Netflix’s upcoming family drama from Todd A. Kessler, Daniel Zelman, and Glenn Kessler, the creators of Damages. He’s set to play Robert, the patriarch of a family that begins unraveling when their black sheep (Ben Mendelsohn) returns home.

In addition to Shepard and Mendelsohn, the series stars Oscar winner Sissy Spacek (Coal Miner’s Daughter), Emmy winner Kyle Chandler (Friday Night Lights), and Linda Cardellini (Freaks and Geeks). Shepard most recently appeared on Discovery miniseries Klondike, with his television credits including western miniseries Streets of Laredo and a series of TV movies over the past twenty years.

2014 is an important year for Netflix, as they look to solidify themselves as a purveyor of scripted content that is recognized as legitimate by both consumers and awards bodies. Last year, the streaming service saw great success with the likes of House of Cards, Orange is the New Black, and Arrested Development and this year, they look to build on that momentum with the addition of Sense8, a science fiction project from the Wachowskis, and this series, which has seemingly been designed in a lab for maximum Emmy consumption. The real test for Netflix is how Orange is the New Black fairs in the Emmy nominations this summer, as it would show that awards groups are open to recognizing online series that aren’t overrun with stars and pave the way for other well-made Netflix series to get the type of shine they deserve.

Production on the still untitled series begins this month. A premiere later in 2014 seems most likely, though if Netflix feels like they have too much scripted product to promote, the series might be pushed into 2015.

Do you think this series could bring about the same type of buzz for Netflix that House of Cards and Orange is the New Black did? Could Netflix reach a saturation point where they’re putting out too much scripted content? Are you surprised that someone like Shepard, who hasn’t done a lot of television in his career, would make the leap at this point in his career?