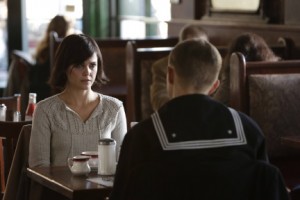 Before the slaughter of Emmett and Leanne, Elizabeth was by far the bolder and more patriotic of the Jennings, never letting herself fully assimilate into American culture and always keeping in mind the reason she’s in the country in the first place. However, the danger that always seemed like such a foreign concept to Elizabeth became very real when she found her friends dead, a vision that’s haunted her ever since. Once focused and almost overly prepared, Elizabeth has been a step slow since that fateful discovery, with her concerns drifting from the fate of the Republic to the safety and well-being of her children. But has she become enough of a liability to cause the center to step in?

On the next episode of The Americans, Claudia pays a visit to the Jennings, mostly as a messenger for the center. Her message? Get your head in the game. It’s one thing to be cautious and careful in a job that demands it; it’s a whole other beast to be overly cautious and potentially put yourself and all those involved in your operation in danger, which is what Elizabeth could be heading toward if she doesn’t either shake off the deaths of her friends or pull back on her duties in the field. Elizabeth and Claudia might not have gotten along while the latter acted as handler to the Jennings, but in this instance, she’s right that Elizabeth needs to figure out where her head is at and act accordingly; if she doesn’t, more than just the safety and security of Paige and Henry could be at stake.

Elsewhere on The Americans, the division between Oleg and Arkady deepens, while an upheaval at the FBI poses problems for Agent Gaad and Martha’s frustrations threaten to blow Philip’s cover.

Do you think Claudia is right about Elizabeth being too afraid? How deep will the division between Oleg and Arkady go before something has to be done? Is Philip going to be able to keep Martha quiet and happy enough to maintain his cover? 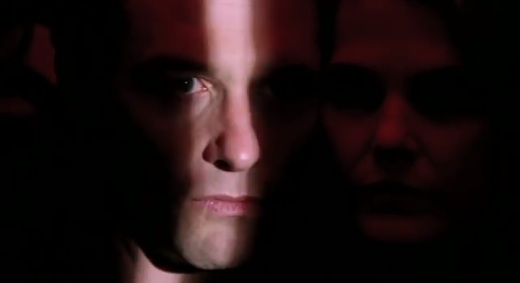