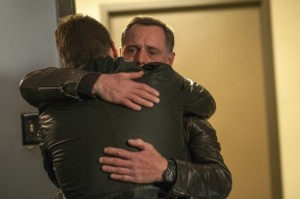 NBC has become the latest network to announce its season finale dates and though no drama is getting a two-hour finale, nothing is bleeding into summer the way it did last season with Hannibal and The Voice. The network’s finales begin Thursday, April 17th with Community and Parenthood, both on the NBC bubble for next season, with Wednesday, May 21st being the only other night two shows conclude with Law & Order: SVU and Chicago PD. Otherwise, NBC has scattered its season finales through the May Sweeps period, with the likes of Revolution and Hannibal, both with current undecided futures, set to conclude after the network announces its schedule for next season.

Finale information for About a Boy, Growing Up Fisher, Believe, Crisis, and American Dream Builders will be released at a later date.

2014 May Sweeps extend from April 24th through May 21st, while NBC will unveil its 2014-2015 schedule Sunday, May 11th. The networks that have yet to reveal their season finale dates (ABC, FOX, and CBS) should be doing so in the coming weeks, likely around the same time summer schedules come out.

Which NBC finale are you most looking forward to? Are you surprised that nothing is getting a two-hour send-off? What do you think the network’s schedule will look like next season?