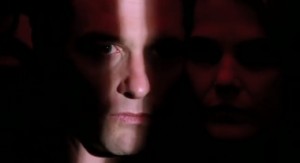 Over the course of The Americans’ hiatus, FX has released a string of teasers in anticipation of the espionage drama’s second season. Whereas the first season of the critically acclaimed period drama focused more on the marriage between KGB agents Philip and Elizabeth Jennings, season two looks to turn its attention toward the Paige and Henry, as the former has begun snooping into the private lives of her parents. Philip and Elizabeth have always worried about the impact their profession has on their children and what would happen if they were found out, but what they didn’t expect was that their daughter would soon be the biggest threat to their cover.

Therefore, they have a choice to make. They can either obstruct Paige’s search into the real story behind her increasingly evasive parents or they can sit both her and Henry down and tell them the truth about who they are. It seems likely that Philip and Elizabeth are waiting until both children are old enough to fully comprehend their situation and the complexities what their parents do, but with their hand forced, they might have to trust that Paige and Henry are intelligent and mature enough to handle knowing that their parents aren’t who they say they are. But what would happen if Paige or Henry let the secret slip?

The second season of The Americans is set to premiere Wednesday, February 26th at 10:00 on FX. You can check out spoilers for the first four episodes of the season here.

Will you be watching The Americans this season? Which teaser is your favorite of the bunch? Do you think that Philip and Elizabeth will still be together at the end of the season or are we headed for an emotional separation that will make their jobs all the more difficult?