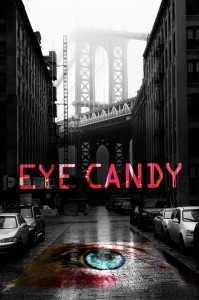 According to The Hollywood Reporter, MTV has picked Victoria Justice drama Eye Candy up to series with a 10-episode first season order. The series, based on the R.L. Stine novel of the same name, is described as a cyber thriller that follows Lindy (Justice), a tech genius who suspects that one of the guys who contacts her online dating account is a deadly stalker. When she hears about a string of murders taking place around the city, Lindy teams up with a group of hackers to solve the murders and bring about the justice that she deems necessary.

Eye Candy marks the fourth series order in the past couple of months for MTV, as it joins fellow drama Finding Carter and comedies Faking It and Happyland in debuting sometime in 2014. MTV has struggled with original scripted programming outside of Awkward. and Teen Wolf, but those two have done well enough to allow the network to continue taking big swings at their next hit; the fact that they’ve greenlit as much as they have at once ups the odds that something will connect with the audience and necessarily deepen their scripted portfolio. Along with the four shows that have been picked up recently, the network also has a television adaptation of the Scream franchise in development, though casting on that project has yet to begin.

Justice, best known for her starring role on Nickelodeon comedy Victorious,  is the only holdover from the original pilot, as everyone else who was cast has been let go and that incarnation of the first episode will not be used. The series was created by Emily Grinwis, while Jason Blum (Paranormal Activity) and Catherine Hardwicke (Thirteen) will be among the executive producers.

Does Eye Candy sound like something that will work for MTV? Are you excited to have Victoria Justice back on television? What type of dramas should MTV pursue next?