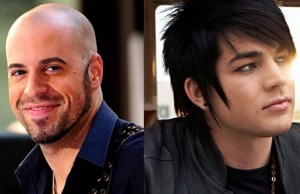 The American Idol alum and former finalists, Adam Lamber and Chris Daughtry are returning on American Idol and now as mentors. The Fox show will see both of these talented singers for the new phase introduced by Randy Jackson, the “Boot Camp” phase.

American Idol XIII is soon going to have live shows on air but before that the top contestants need to perform before an audience and get through the newly introduced Randy Jackson”s “Boot Camp” phase. And that”s where Adam Lambert (from Season 8) and Chris casino online Daughtry (from season 5) will be seen helping and counseling these budding contestants to make their way through the big worked of stardom.

According to Daughtry, the live show of the 13th American Idol will start airing from February 18th, with an exclusive 3-night run. He broke this news through a tweet which had a picture of the two alum and said “Hanging with @Adamlambert at the #idol workshop. Glad to be back! Stay tuned…” As reported earlier that the judge of the show for 12 years, Randy Jackson will return as a mentor on the 13th installment of the Fox Series.

The brand new segment “Boot Camp” will be a workshop of two days, introduced in order to let the audience know the contestants a little better before they pick their favorites and vote for them. On asking that whether or not the season will see more alumni on the show,  the new team of executive producers Evan Prager and Jesse Ignjatovic said that they are always open to the idea of bringing the previous Idols back to the show. In fact, I think it”s a pretty good idea as both of these mentors are my personal favorites!