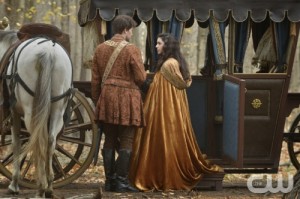 Even though Bash never had designs on his brother”s crown and a life of serving his country, he was forced into doing so when Mary used him as a bargaining chip against Henry, claiming that the only way she would stake a claim on the throne of England would be if she married Bash. This way, the two would be protecting Francis and she would help out her mother, desperate to have her daughter assume enough power to protect Scotland from England. But with the type of notoriety that life as a noble brings comes those who wish to see you fall and on the next episode of Reign, an attempt is made on Bash”s life.

It”s no surprise that Bash”s ascendency from bastard to future king has ruffled some feathers, as there are plenty of noblemen who believe that Men igjen, her kommer enda et smutthull i roulette ns historie. changing the line of succession is wrong, but there”s a high probability that the one responsible for the attempt lies within the castle walls. While Catherine has been locked in her chambers for the duration of Henry”s trip to Rome, she still has the type of influence that she did when she was queen and as such, she would have plenty of opportunity to buy off one of the servants in an attempt to rid the palace of the man who stands in the way of her and her rightful place as queen. But since she doesn”t have the advantage of roaming around the castle on her own volition, is Catherine in the position to be making this type of power play, especially with Henry away?

Elsewhere on Reign, Mary offers to help a wrongly imprisoned peasant with ties to Bash”s past, while Lola blackmails Catherine into backing down in her opposition to Mary”s growing connection with Bash.

Do you think Catherine is behind the attempt on Bash”s life? What type of connection would the peasant have to Bash”s past? Can Lola outmaneuver Catherine and keep the peace in Mary”s relationship with Bash?