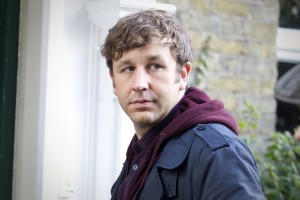 Deadline is reporting that HBO has opted to cancel two of its 2013 freshman comedies in Christopher Guest-created Family Tree and Hello Ladies, which starred The Office creator Stephen Merchant. Though both series were fairly well-received and had ratings that were considered okay for their respective price points, the co-production agreement between the BBC and HBO was complicated enough to contribute to HBO’s decision not to move forward with the project, while Hello Ladies is set to wrap with one final episode meant to tie together its storyline, akin to how Merchant’s Life’s Too Short concluded in 2013.

The other HBO freshman comedy with its renewal hanging in the eye (Ja’mie: Private School Girl was designed as a one-off) is Getting On, a medical comedy that gained buzz throughout its six-episode first season that concluded this past December. Renewal is likely for the project, an adaptation of the acclaimed British series of the same name, pending the sorting out of budget issues; a concrete decision on the fate of the show should come in the coming months. The most recent HBO comedy debut, gay-themed Looking, came in soft in the ratings for its series premiere, but reportedly, the network is encouraged by the amount of attention it’s received. Sometimes, HBO series survive due to the strength of their audience engagement and how much media coverage they receive, so couple that with Looking doubling its live ratings with its first repeat and the show isn’t as dead as the media reports would have you think.

This isn’t the first time that HBO has mass announced its comedy renewals, as Enlightened emerged as the lone survivor of the previous HBO massacre that claimed the lives of Hung, Bored to Death, and How to Live in America. The network is also coming off a past few months that have seen the cancellation/conclusion of every drama bar Game of Thrones, as Boardwalk Empire, The Newsroom, and True Blood will have their final seasons this year and Treme finished its quiet four season run in December. However, the network has already started reloading with sturdy True Detective, Looking, upcoming tech comedy Silicon Valley, and summer genre series The Leftovers, while Girls has already been renewed for a fourth season.

Will you miss Hello Ladies or Family Tree? How would you like to see Hello Ladies wrap up? What would a second season of Getting On look like?