HBO will be premiering new documentary Herblock: The Black and White on Monday, January 27th at 9:00. Directed by Michael Stevens (Thurgood, The Thin Red Line), Herblock: The Black and White traces the life, times, and influence of editorial cartoonist Herbert Block. Utilizing interviews with both print and television journalists and an actor portraying Block in a recreated Washington Post office, the documentary spotlights a man whose five cartoons a week quickly became the focal point of the paper he worked at, as well as the impact he had on national politics for the five decades he was active.

Block, winner of four Pulitzer Prizes and the Presidential Medal of Freedom, famously refused to back down to Joseph McCarthy and won one of his Pulitzers when one of his cartoons predicted that Nixon had involvement in Watergate. He worked through the beginning of the 20th century, using his work to attack then-President George W. Bush, before passing away in October 2001 following a prolonged bout with pneumonia. His final cartoon had been published that August.

You can check out a clip of the documentary, as well as key art released by HBO, below. A list of documentaries that HBO will be airing during the first half of the year can be found here.

Will you be watching Herblock: The Black and White? What do you think we’ll learn from the documentary? Would you like to see more figures from the art world profiled in mainstream productions like this? 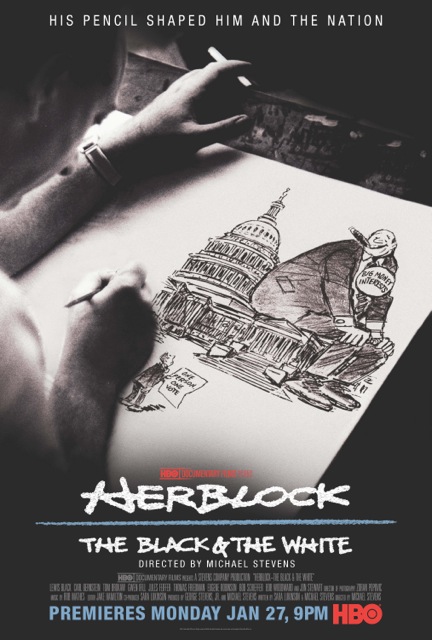