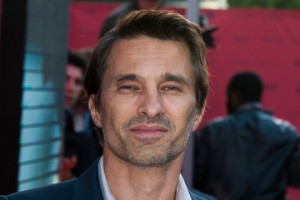 Deadline is reporting that Revenge has added Olivier Martinez (Unfaithful) in the recurring role of Pascal LeMarchal, Margaux’s media magnet father. In addition to being the demanding father of Jack’s love interest, Pascal is both a long-term rival to Conrad and someone whose history with Victoria is even more complicated.

Considering how many connections Pascal has to the Hampton elite, it’s safe to say that his arrival in town will stir things up, whether it be putting Conrad even more on the defensive or weakening Victoria’s increasingly hardening resolve with good memories of their past. However, it will be Margaux who feels the change that will arrival along with her father the most, as he’ll bring out the insecure little girl that still lives within her, the little girl who motivates her to be all she can be and strengthen her already impressive ambition in order to please her father. As such, her relationship with Jack will likely begin teetering once Pascal comes to town, her emotions wildly fluctuating and her sense of self becoming increasingly unstable.

But now is the time that Margaux can prove to herself that she’s no longer the timid little girl whose entire life path was heavily influenced by the presence of a domineering father. Can she find it within herself to hold her ground against any attacks that come from Pascal and show him that she’s grown into every bit his equal?

The role is the biggest television commitment to date for Martinez, who has only appeared in 2012 series Cybergeddon and 2003 television movie The Roman Spring of Mrs. Stone. His involvement in the series comes after the show promoted Karine Vanasse, who plays Margaux, from a recurring player to a series regular.

How do you think Revenge will use Pascal this season? Could we see him more next year with Margaux becoming a series regular character? Is Revenge going to be able to close out its creatively strong third season on a positive note?