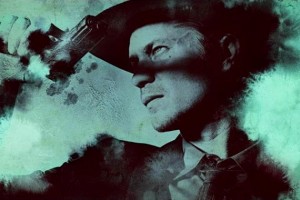 The CEO of FX Networks, John Landgraf verified in a statement that the next season of Justified would be the final season of the series. Justified will be ending after the sixth season and the decision was mutually taken by Graham Yost and the star of the show, Timothy Olyphant. Landgraf announced the decision about Justified in the winter press tour of the TCA.

John Landgraf shared with the reporters at the TCA that Justified is one of his favorite shows and he would’ve wanted for it to stay, although he has agreed to this decision taken by the showruner Graham Yost and the star of the show Timothy Olyphant.

The fifth season of Justified just kicked off earlier this month and now the next season will the final season of the show, which will be premiered sometime in 2015. Earlier the rumors quoted that the current season 5 is the show’s last season on FX but then after Landgraf’s statement at the TCA, it was confirmed otherwise. All rumors stating the fate of Justified were put to rest as the FX has made its official statement at the TCA. Although, we agree with CEO Landgraf on the fact that the show could have continued.

Along with Justified, several other popular shows are also getting over in the near future. FX would also be bidding adieu to its super hit dram Sons of Anarchy, which will be airing the final and seventh season during the fall this year. Joining the club are three other shows by HBO – True Blood, Boardwalk Empire and Newsroom, which are also saying goodbye by airing their finale seasons this year.