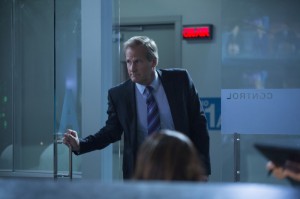 HBO has officially renewed Aaron Sorkin drama The Newsroom for a third and final season, which will premiere this fall following Boardwalk Empire.

“The Newsroom is classic Aaron Sorkin – smart, riveting and thought-provoking,” said Michael Lombardo, president, HBO Programming. “I’m sure this farewell season will be one to remember.”

Series star Jeff Daniels, who won an Emmy for his portrayal of newsman Will McAvoy this past September, tweeted that the show would be returning for a third season not long after its second season finale, but an official renewal was delayed until Sorkin penned a Steve Jobs biopic. With the script recently turned in, the show rejoins the HBO lineup for the final time and interestingly enough, Boardwalk will be having its own final season this year, leaving HBO with a blank slate come fall 2015. Of course, they still have plenty of time in order to develop series to fill the shoes of the acclaimed Prohibition drama and Sorkin’s latest creation, but it’s a sign that the network is in something of a transitional phase, as Treme ended in December, True Blood is ending this summer, and comedies Ja’mie: Private School Girl, Getting On, Family Tree, and Hello Ladies seem unlikely to return.

But whenever HBO looks as if it might be approaching a fallow period, they always seem to reload and in this case, they have True Detective and Looking in airing this winter; white-collar comedy Silicon Valley in spring; and The Leftovers, from Lost‘s Damon Lindelof, coming in summer. Assuming at least a couple of those hit, HBO will be in a good position to focus on fall and find a prestige drama that can fill Boardwalk Empire‘s shoes and create the type of pop culture buzz that the network is used to receiving.

Will you be watching The Newsroom this season? Are you upset that the show will be signing off for good? What do you think HBO should do come fall 2015?