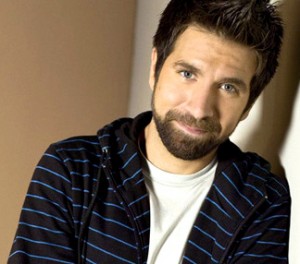 After his guest act on ABC’s Castle, the Chuck star Joshua Gomez is now headed towards ‘The Crazy Ones’ on CBS. The network appointed Gomez for a guest role on the first season The Crazy Ones. This is CBS’ latest comedy show and is steered by Sarah Michelle Gellar and Robin Williams.

Joshua Gomez, popularly known for his character Morgan on Chuck will be appearing in the 16th episode of The Crazy Ones. Gomez would be portraying the role of a Copywriter – George at Lewis, Roberts + Roberts, who gets an opportunity to work with Andrew, an art director of the agency (played by Hamish Lainklater). Gomez is represented by Pop Art Management and Progressive Artists Agency.

The Situation comedy series was premiered in September 2013 and is created and executive produced by David E. Kelley. Other executive producers of The Crazy Ones include Jason Winer, Bill D’Elia and Dean Lorey, for the 20th Century Fox Television.

You can watch The Crazy Ones, every Thursday at 9:30 p.m., only on CBS. Let us know what you think of the Sitcom and how dis you find Gomez’ guest act on the show.