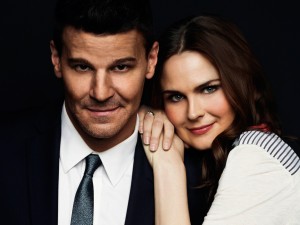 Can the fans of Fox’s veteran drama expect another season? Well, by the sound of what the chief of the Fox Network, Kevin Reilly said at the TCA press tour, it certainly has left the fans wanting to know more. Reilly did mentioned that the network is in between negotiations for renewing Bones and even if it comes back for a tenth season, it will the final season.

During the TCA Winter press tour, Reilly shared what future holds for his stand by drama Bones and said that he was pretty sure of bringing in the tenth and the final season in the following months.

It’s a well-known fact that Bones is the most reliable and longest-running drama series for over a decade. Although it has changed its airing time-slots on a frequent basis, it has stopped the series from retaining its audience and offering stability in terms of ratings and viewership to the channel.

Last year, in 2013, the air-time of Bones was moved to Friday nights at 8 p.m. by Fox. Despite this change, Bones managed to extract an average rating of 2.4, that too from a viewership among adults from 18-49 years and gather 8.6 million viewers – season-to-date. Creator of the drama series, Hart Hanson has still had Fox investing in his shows. Only last week Fox Network ordered a series for his Rainn Wilson show Backstrom.

David Boreanaz and Emily Deschanel are the stars of Bones, which is executive-produced by Stephen Nathan.

All said and done, there are more rumors which say that David Boreanaz might leave the show. In that case, how can Reilly give such a positive statement of Bones coming back for a tenth season? Well, whatever the case maybe, all the Bones fans want another season and if that happens, it will put the entire series of Bones cross the benchmark of 200 episodes. So, here’s another reason folks!