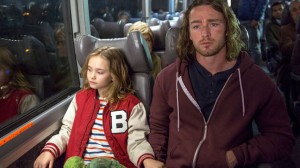 NBC has set premiere dates for several of its midseason series, starting with Jason Katims comedy About a Boy, based on the movie of the same name. The first episode that will air in its time period will be Tuesday, February 25th at 9:00, but a special preview episode is set to debut Friday, February 21st at 10:30 following the NBC’s Winter Olympics coverage. In a similar situation is Growing Up Fisher (formerly The Family Guide), who will have a sneak preview episode airing after the Sochi Olympics closing ceremony on Sunday, February 23rd at 10:30 before beginning its time on Tuesdays February 25th at 9:30.

J.J. Abrams-produced drama Believe, which tells the story of a young girl with special powers she can’t control, will have its own special preview Monday, March 10th at 10:00 behind a new episode of The Voice before moving into its Sundays at 9:00 time period March 16th. That same week, Crisis, starring the likes of Gillian Anderson and Dermot Mulroney, will premiere at 10:00, with reality competition series American Dream Builders premiere Sunday, March 23rd at 8:00. The latter is set to be hosted by Nate Berkus.

Even with all the new premiere dates, NBC still has midseason series without a premiere date, as pirate drama Crossbones and medical drama The Night Shift are awaiting scheduling placement. While one or both of those could eventually be delayed until the summer, more pressing is NBC using the Olympics as heavily as they are in promoting their new comedies, a strategy that didn’t work last season with Go On and Animal Practice. A heavy wave of ads promoting the shows is one thing and something to be expected for every major event like this, but airing episodes after the closing ceremony is risky and something that could easily blow up in the network’s face like it did last time.

Which of NBC’s midseason series will you be watching? Do you think that either Crossbones or The Night Shift will be delayed until summer? Will any of the midseason series become the hit that NBC needs?