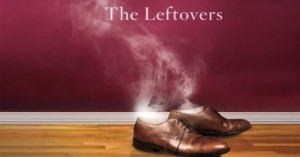 Upcoming HBO drama The Leftovers is scheduled to begin production early this year for a summer 2014 premiere date. The series, based on the Tom Perrotta bestselling novel of the same name, was adapted for television by Perrotta and Damon Lindelof (Lost), the latter of whom will serve as showrunner for the 10-episode first season. Peter Berg (Friday Night Lights) directed the pilot.

The Leftovers tells the story of a world where 2% of the population disappears without warning and what happens to those who didn’t make the cut for the Rapture-like event. The series will primarily focus on Kevin Garvey (Justin Theroux), the chief of police of a small New York suburb who is just trying to keep it together during this time of uncertainty and find some sense of normalcy in a world where normalcy is dead.

Most intriguingly, The Leftovers being slated to air during the summer means that The Newsroom will, at the very least, be delayed, if not completely cancelled. Series star Jeff Bridges tweeted last year that the show was renewed for a third season, but word has it that a formal renewal will depend on creator Aaron Sorkin’s schedule, so HBO already giving up the show’s time slot signifies that a deal for said third season might not be as close as one might assume. Despite the critical knocks that the political drama took, it did well in the ratings for its first two seasons and would be a loss for HBO business-wise, assuming a deal doesn’t get made. However, HBO already filling in their 2014 summer might simply be a strategy to buy Sorkin the time necessary to clear his schedule and compose a third season, to air at a later date.

Will you be watching The Leftovers? How long do you think a series like this can extend itself? Is airing The Leftovers behind the final season of True Blood a wise choice by HBO?