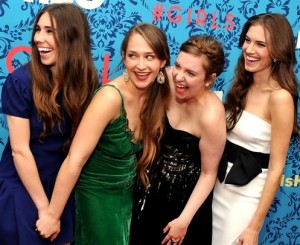 The third Season of Girls is only three days away and HBO confirms yet another season for its comedy drama. HBO’s spokesperson confirmed the news during the network’s Television Critics Association panel by saying that the show will be back in 2015. It was further announced during the winter press tour that filming of the fourth season of ‘Girls’ will initiate later in 2014 in New York and the premiere will be planned during the next year.

However, this renewal of ‘Girls’ has come out to be a little surprising. The comedy which is created by Lena Dunham, who also stars in the show, has always been a part of the cultural dialogue. Apart from Game of Thrones, ‘Girls’ is one of the most dissected series of the HBO Network. The drama has always made highlights for its critics’ appreciation. Girls has been nominated for an Emmy and won two Golden Globes last year for the best comedy category and for the creator and star Lena Dunham. The show is competing again at Sunday’s kudos for the best comedy.

As far as its ratings are concerned, Girls has seen some normal ratings in same-day viewership but still is one of the largest DVR growers for the network. Last season of Girls saw an average of 6 million viewers every week, including replays.

Along with Dunham, Judd Apatow and Jenni Konner are the executive producers of Girls and Jenni also shares the screen with Dunham. Season one and two consisted of 10 episodes each and from the third season onwards the show will follow a 12-episode format. As of now, Girls is the only comedy show on HBO which has been ordered for a renewal. Way to go Girls!