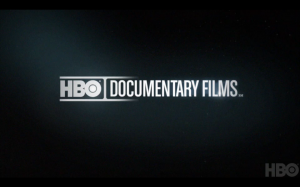 HBO has released the schedule of documentaries it’ll be airing for the first half of the year and included in the bunch are looks at acclaimed cartoonists, mother-daughter relationships, prison education, weddings, and poverty, among several other topics that will be broached by HBO Documentary Films this year. Last year included documentaries about amFAR, Stephen Sondheim, and chemical companies, while 2014 has thus far seen The Education of Mohammad Hussein, a documentary centering on an Islamic school dealing with radical Quran-burning pastor Terry Jones.

Which HBO documentary do you think sounds the most interesting? What would you like to see the network profile in the documentaries it’ll produce for the second half of the year? Do you have a favorite HBO documentary of all time?

Paycheck to Paycheck: The Life and Times of Katrina Gilbert (March 17th)
Subject: Women and poverty in the United States through the lens of a single mother with three children and a full-time job.
Executive Produced by: Maria Shriver

One Last Hug: Three Days at Grief Camp (April)
Subject: Camp Erin, a camp where children can go and grieve for the loss of a loved one that was founded by baseball player Jamie Moyer.
Directed by: Irene Taylor Brodsky

All About Ann: Governor Richards of the Lone Star State (April)
Subject: Former Texas Democratic governor Ann Richards and the reform she brought to gun control, women’s rights, and the prison system within her state.
Interviews with: Bill Clinton, Nancy Pelosi, Dan Rather, Tom Brokaw, and Michael Dukakis
Directed by: Keith Patterson

The Dead Mothers’ Club (May 5th)
Subject: Three women who lost their mothers at an early age.
Interviews with: Rosie O’Donnell, Molly Shannon, and Jane Fonda
Directed by: Carlye Rubin and Katie Green

The Case Against 8 (June 23rd)
Subject: The Supreme Court case that overturned Proposition 8 in California
Directed by: Ben Cotner and Ryan White