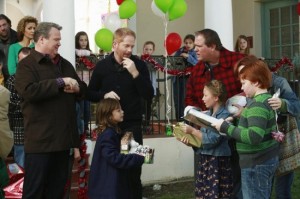 Nominations for the 68th Directors Guild of America Awards were announced yesterday and the leading series nominees were Modern Family and Breaking Bad, with both receiving two nods in their respective category. As far as individual honorees, acclaimed director Beth McCarthy-Miller and Emmy favorite Bryan Cranston each earned two nominations of their own; the former was recognized for her work on The Sound of Music Live! and the 30 Rock series finale, while the latter earned his second consecutive nod for a Modern Family directing turn, as well as a nomination for directing an episode of his own series Breaking Bad. Other scripted series nominees included Homeland, Game of Thrones, House of Cards, and The Big Bang Theory.