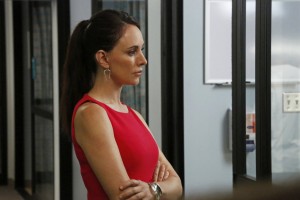 Emily might have found her memory in the hospital thanks to Jack, but that might prove to be the easiest obstacle in her path, as she”s now faced with recovering from the emotional trauma she”s recently suffered and deciding whether or not she wants to give her mission to destroy the Graysons another shot. If she walks away now, all of the time, effort, and expense that she”s used up in trying to exact proper vengeance for the death of her father will have been for naught, but the form of her mission will have to change if she chooses to continue, considering that Victoria and Daniel know about the New Year”s party and the faked pregnancy.

On the next episode of Revenge, Emily is still physically best online casino and emotionally broken from the events on the yacht, yet instead of resting with Nolan, Jack, or Aiden, she”s holed up in the Grayson Manor after being released into the care of Victoria. As Emily is in no such condition to be able to fight back against the Queen of the Hamptons, Victoria seemingly has her right where she wants her, especially now that Patrick filled her in on the existence of the infinity box, thereby blowing up the last remnants of Emily”s plan to destroy the family. As vast as Emily”s ambitious and bank account may be, for the moment, her goals have to be small – to fill in more of the gaps existing in her memory, to make it through her first days back at Grayson Manor, to keep a tight lip on who she is and what her plan is if/when Victoria decides to press her. Most of all, though, she simply needs to find a way to get out of the mansion and into a safe house so that she can heal and begin formulating her next move.

How will Emily safely get out of Grayson Manor now that Victoria”s seen the infinity box? Does Emily have a chance at completing her mission to destroy the Graysons? What will happen the first time Emily sees Daniel after remembering that he was the one who shot her?