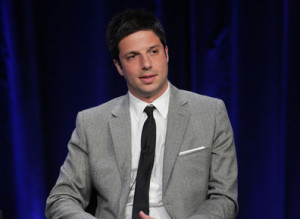 Though Happy Endings may have met an unhappy end, creator David Caspe has found a new beginning.  Caspe’s single-camera comedy Marry Me has recieved a pilot order from NBC.

Marry Me focuses on a longtime couple who finally get engaged, only to discover that it’s harder than it seems.  This is the peacock net’s second comedy pilot order after Kate Walsh’s Bad Judge.

The show comes out of Sony Pictures Television, where writer/executive producer Caspe has an overall deal.  Caspe will write and executive produce the comedy with Jamie Tarses and Seth Gordon (The Goldbergs), who will be directing.

The pilot order comes six months the cancelation of Happy Endings, which has recently been picked up by VH1 for a syndication run.