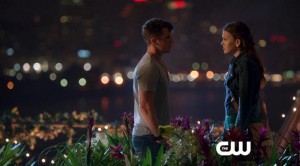 Now that the winter television hiatus is nearing its end, it’s time to shake the cobwebs from the recent slate of holiday programming off our collective heads and prepare for what promises to be a busy midseason. With more networks delving into scripted programming than ever before, there are going to be quite a few options for ever the most discerning of viewers, so to help cut through the clutter and find the best that midseason 2014 has to offer, TVHackr has keyed in on 10 new series that have the potential to become strong staples for their networks. Whether it be a strong cast, promising concept, or intriguing enough trailer, these shows have something that caught our eye and made us want to see more.

Only included in the list, sorted in alphabetical order, are shows that will be making their series premiere in the coming months, whereas last year’s list was a mix of returnees and rookies. A list of midseason premiere and return dates can be found here.

Bitten (January 13th, Syfy)
Who’s in it: Laura Vandervoort, Greyston Holt, Greg Bryk, Paul Greene, and Steve Lund
What’s it about: The only female werewolf in existence and the ties that bind her to her pack.
Why?: The latest Canadian import for Syfy, Bitten looks to follow the lead of Lost Girl in spotlighting a sexy, butt-kicking heroine dealing with a major identity crisis.

Black Sails (January 25th, Starz)
Who’s in it: Toby Stephens, Luke Arnold, Zach McGowan, Jessica Parker Kennedy, and Hannah New
What’s it about: Decades before Treasure Island, Captain Flint fights for the survival of a criminal haven.
Why?: Executive produced by Michael Bay and said to be a mix of literary characters with real life figures, Black Sails could be the splashy, audience-pleasing hit that Starz is looking for.
https://www.youtube.com/watch?v=Qh19hCkvVLw

Enlisted (January 10th, FOX)
Who’s in it: Geoff Stults, Chris Lowell, Parker Young, Keith David, and Angelique Cabral
What’s it about: Three brothers living and working together on a Florida army base.
Why?: FOX’s upcoming military comedy has an amiable cast and the type of goofy, warm-hearted sense of humor that will pair well with Raising Hope.
https://www.youtube.com/watch?v=rpZ79FXs-eI

Helix (January 10th, Syfy)
Who’s in it: Billy Campbell, Hiroyuki Sanada, Kyra Zagorsky, Mark Ghanime, and Jordan Hayes
What’s it about: A CDC team gets called to an Arctic research base to look into a potential viral outbreak.
Why?: Helix promises a claustrophobic atmosphere that capitalizes on a premise not out of the realm of real life possibility.

Looking (January 19th, HBO)
Who’s in it: Jonathan Groff, Murray Bartlett, Frankie J. Alvarez, Scott Bakula, and Russell Tovey
What’s it about: Three friends living and loving in San Francisco.
Why?: Coming on the heels of increased support for same-sex marriage, the Andrew Haigh-directed dramedy is the first predominately LGBT series since the days of Queer as Folk, Noah’s Arc, and The L Word.
https://www.youtube.com/watch?v=wnGwmP8qg2c

Mixology (February 26th, ABC)
Who’s in it: Blake Lee, Vanessa Lengies, Sarah Bolger, Adam Campbell, and Andrew Santino
What’s it about: Six women and five men try to find love over the course of one night.
Why?: The intriguingly structured premise and cast of unknowns/potential breakouts make Mixology something that could flourish as it goes along.
https://www.youtube.com/watch?v=JEYP2O1nm4E

Penny Dreadful (April, Showtime)
Who’s in it: Josh Hartnett, Eva Green, Billie Piper, Timothy Dalton, and Helen McCrory
What’s it about: Classic horror characters grapple with alienation in Victorian London.
Why?: Showtime goes to the horror well by humanizing the things that go bump in the night and exploring what it’s like to live in a world where you don’t feel you belong.

Resurrection (March 9th, ABC)
Who’s in it: Omar Epps, Kurtwood Smith, Devin Kelley, Frances Fisher, and Samaire Armstrong
What’s it about: A small town is shaken to its core when former residents return from the dead, unaged since and unaware of their deaths.
Why?: Though its premise is eerily similar to Sundance’s The Returned, this ABC drama offers a slightly less creepy, slightly more hopeful version of events.
https://www.youtube.com/watch?v=BvaMQ7Umsc0

Star-Crossed (February 17th, The CW)
Who’s in it: Aimee Teegarden, Matt Lanter, Malese Jow, Grey Damon, and Titus Makin Jr.
What’s it about: A group of aliens get assimilated into a high school and a romance develops between an alien boy and human girl.
Why?: Best described as Roswell with an allegorical tinge, the show will rely heavily on the chemistry between the leads and the depth behind its set pieces.
https://www.youtube.com/watch?v=2DJ0kqEKIvc

The Red Road (February, Sundance)
Who’s in it: Martin Henderson, Julianne Nicholson, Jason Momoa, Allie Gonino, and Tom Sizemore
What’s it about: A sheriff finds himself partnering with a local Indian tribe as a way of covering up a crime committed by his wife.
Why?: Sundance went on an impressive hot streak with its 2013 scripted programming that The Red Road, with its unusual premise and intimate setting, looks to continue.