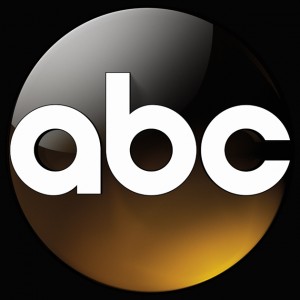 Beginning January 6th with the return of shows’ regular seasons, ABC will start restricting next-day access to new episodes of their shows to subscribers of participating cable services and Hulu Plus.

Previously, ABC shows have been available to anyone for free the day following an episode’s air, however, with the institution of the new system, only those paying customers will have such access.  Shows will be free to those without a subscription after one week.  ABC follows behind Fox in this practice of restricted access – a move that is largely unpopular among those of us used to enjoying current TV shows for free online as soon as possible.

To enjoy Modern Family, Castle, Scandal, The Goldbergs, and other ABC programming, viewers will need to find their cable account credentials to sign into ABC.com or the Watch ABC app for next-day entertainment.  This also extends to Hulu.com where ABC has also been previously hosting its shows for free.

Or, if you have a Hulu Plus account, there’s no need to worry.

The alphabet net explained the switch to the new system as follows:

“Pay TV service providers are a key part of the television industry in delivering broadcast content through new technology platforms. Now, with the support of participating pay TV service providers, the ABC network is able to continue to bring live entertainment, news and sports programming on a national and local level as well as the latest on-demand episodes on new, emerging digital platforms at no additional cost to their subscribers.”

ABC has partnered with a number of TV providers to offer authentication – click here for the full list and information on ABC.com – however there do not appear to be agreements with DISH, DirecTV and Time Warner Cable.  Meaning, customers of these providers will either have to wait a week….or pay for Hulu Plus.

The push for viewers to pay for next-day access is not new, Fox has had such a system since 2011, but ABC’s decision is an intriguing sign of how the Disney-owned net has come to think about Hulu’s future.

Disney and News Corp. (owner of Fox) co-own Hulu with Comcast, and have long had different goals for the streaming service.  While News Corp. has made it known that it wanted to focus on authentication and Hulu Plus subscriptions, Disney had wanted to put a larger focus on free, ad-supported entertainment.  It would appear that the News Corp. outlook may be winning the battle.

What do you think of ABC’s decision to restrict programming?  And what will you be…or not be…doing about it?

I know it certainly puts a kink in my viewing habits.