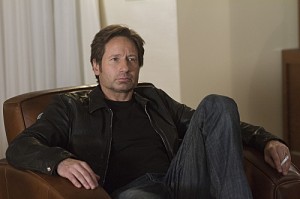 Deadline is reporting that the upcoming seventh season of Californication will be its last, a decision that was quietly made after the sixth season wrapped. The series goes out after climbing in the ratings over the course of its run and coming off its highest rated season this past winter, where it garnered 2.9 million weekly viewers.

“With its unique blend of lyricism and excess, Californication has been one of our groundbreaking signature series,” said Showtime entertainment president David Nevins. “We will always be indebted to Tom Kapinos for leading the creative charge on this memorable comedy, and to David Duchovny for making us root for an unapologetic hedonist like Hank Moody.” As for how things will end for Hank, Nevins would not drop clues but assured that “Tom has carefully planned the final chapter of Hank’s journey and has brought it to a beautiful and satisfying conclusion for new and long-time fans alike.”

When we last left Hank Moody and company, Hank decided against going on the road with Faith and Atticus in favor of returning home to give his on-off relationship with Karen another shot, while Charlie and Marcy remarried following a seasons-long separation and divorce. Season seven picks up with Hank working on the television adaptation of Santa Monica Cop, the never-released film he worked on (and was fired from) during season five, and Charlie and Marcy navigating life as a couple after years of being apart in that capacity. In addition to the new digs, Hank will have to deal with old-school executive producer Rick Rath, a writing team whose sensibilities might not necessarily match his, and the reappearance of an old friend who could destroy what chance he had at reuniting with Karen for good.

The final season of Californication is set to premiere April 2014, along with the sixth season of Nurse Jackie.

Will you be watching the final season of Californication? Do you think that Hank will end up back together with Karen? Should he? 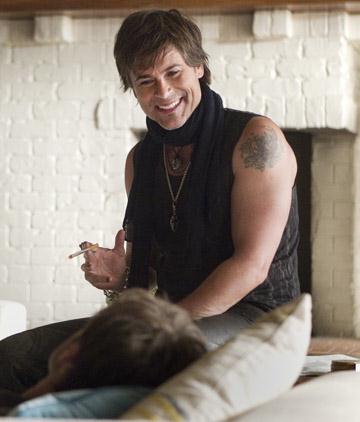 Ill be watching for sure, very sad its ending.