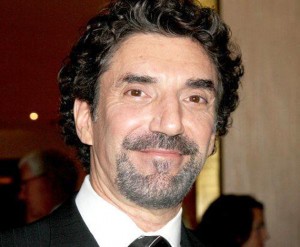 The comedy king and the writer and producer of the most popular comedy series, Chuck Lorre is the recipient of the ‘Norman Lear Achievement Award’ in Television at the Producers Guild Awards Ceremony, to be held in Los Angeles on Jan. 19, 2014, at the Beverly Hilton.

Chick Lorre is widely known for the most terrific Sitcoms of today, including The Big Bang Theory, Mile & Molly, Mom and Two and a Half Men. Lorre said that Norman Lear is legendary and the comedy king in the truest sense and that he is highly intimidated and awestruck, being in the same room as him. When he learnt about the honor, Lorre said that he is deeply honored to be associated with the legend’s name and expressed his gratitude towards the Producer Guild who is honoring him with such extraordinary recognition.

The former winners of this award constitute of popular names like Tom Hanks, J.J. Abrams, Lorne Michaels, David E. Kelley, Steven Bochco, Dick Wolf and numerous others and most importantly the debut recipient of this awards, the legend, Norman Lear himself.

The co-chairs of the PGA Awards, Michael De Luca and Lori McCreary said in a statement that Chuck Lorre, having created some of the most iconic TV shows of the present time, including Two and a Half Men, Dharma & Greg and The Big Bang Theory, to name a few, truly deserves this honor. They further stated that Lorre’s shows have revolutionized the entire Television Landscape in the past decade and that is what makes him the most deserving contender for this prestigious award.