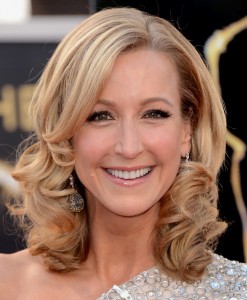 There is great news for fans of Good Morning America fame and co-host, Lara Spencer. The incredibly talented anchor has been chosen to host the National Board of Review Awards Gala, which will take place in New York City on January 7, 2014.

The winners of this year will be announced by the film group on December 4th and thereafter, awards to be given on the night of the event. Spencer was thrilled to get the honor of hosting the Gala night for NBR and said that she is looking forward to join hands with Annie Schulof, the President of the National Board of Review and the entire team, with whom she will be preparing for the forthcoming months, gearing up to host the biggest evening of the year’s best films and filmmakers.

Annie Schulof also responded with similar enthusiasm and said that the board is enthralled that Spencer would be hosting the Gala night for this year. She said that Lara’s valuable experience in the entertainment industry and most importantly, her passion for the media industry, makes her the perfect choice for hosting the event.

This year, the National Board of Review will be honoring George Stevens, Jr. with the ‘William K. Everson Award’, for Film History. Stevens is popular for his achievements as an award-winning writer, director and producer for television and film. He also founded the American Film Institute and co-founded The Kennedy Center Honors. The NBR constitutes of a selected group of filmmakers, film enthusiasts, professionals, students and academicians. The winners of this award are always forecasted to get nominated for Oscars.