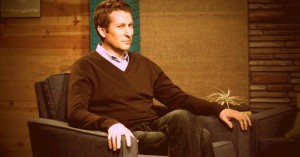 The IFC network has renewed the show ‘Comedy Bang! Bang!’ for another season. Yes you heard that right, IFC has ordered the third season with 20 fresh half-hour episodes of the comedy series by Scott Aukerman. The comedy show will be aired in segments of 10 episodes each, in 2014.

And that is the reason the channel is so happy with the response the comedy show, during its previous two seasons. The President and General Manager of the network, Jennifer Caserta said in a statement that for past two wonderful seasons, Scott has been bringing some if the biggest names of the entertainment industry to appear on his show ‘Comedy Bang! Bang!’, which has actually led to create a truly exceptional, hilarious ad entertaining experience in the most phenomenal way to all the IFC viewers. She also said that everybody at the channel can’t wait for yet another hilarious and enjoyable season of the show.

For those who are unaware, ‘Comedy Bang! Bang!’ is a popular as a late-night comedy show, which has a twist, as it features unconventional conversations with the celebrities and comedy outlines. Moreover, each of the celebrity guests appears for a short random cameo or spoof. Executive Producers of the show include Dave Kneebone and Scott Aukerman himself and it is produced by Abso Lutely Productions, on behalf of IFC Network.